‘How Many More Women?” – In Conversation with Jennifer Robinson 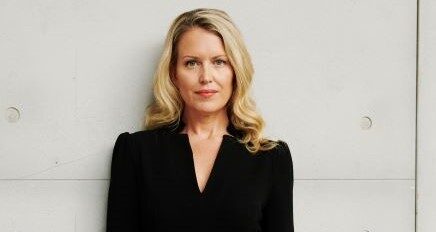 Join Boffins Books and the University Club of Western Australia for an in conversation event with internationally acclaimed Australian human rights, media lawyer and feminist Jennifer Robinson on her new book (co-authored with Keina Yoshida) ‘How Many More Women’

In this powerful and accessible exploration of our legal systems, two human rights lawyers break open the big judgements, developments and trends that have and continue to silent and disadvantage women.

How Many More Women * have to be raped or abused before we act? * need to accuse him before we believer her? * will be failed by the criminal justice system? * need to say something before we do something? * will be sued for defamation for speaking out? * will be contracted to silence?

From two internationally acclaimed lawyers comes a masterful and urgent exploration of the legal response to the MeToo movement in Australia and around the world.

We are in a crucial moment: women are breaking through the cultural reticence to speak out about gender-based violence.  But as they have grown empowered to speak, a new form of systematic silencing has become more evident: the spike in survivors speaking out has been followed by a spike in legal actions against them and the media.

The law is being wielded to reinforce the status quo of silence that existed before MeToo.

We cannot act if we do not know.  If women cannot speak about their abuse – and journalists are fearful of telling their stories – then how can we understand the problem of gender-based violence in our society?  And how can we even begin to end it?

In ‘How Many More Women’  , Jennifer Robinson and Keina Yoshida examine the laws around the world that silent women, and explore the changes we need to make to ensure that women’s freedoms are no longer threatened by the legal system that is supposed to protect them.

Jennifer Robinson is a Australian human rights, media lawyer and feminist, who is internationally recognised for her work. She represented Amber Heard in relation to Johnny Depp’s 2020 defamation case in the UK and has defended Julian Assange and advised WikiLeaks since 2010. She is a practicing barrister at Doughty Street Chambers in London and has acted in key human rights, freedom of speech and information cases before the British courts, international and regional courts and UN special mechanisms.